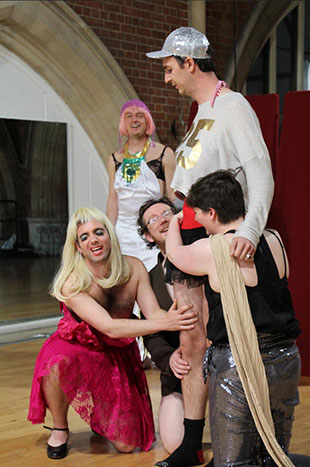 An examination of the fundamental principles of our work. Suitable for all levels of experience, from novice to seasoned professional. We regularly host our own masterclasses in London, Brighton, New York, LA, Berlin and Bilbao, and have been invited to teach workshops in Mexico, Taiwan, Colombia, Romania, Austria, Hungary, Finland, Sweden, Canada, USA and Switzerland.

We open up our toolbox to provide a Spymonkey ‘How To Make Brilliant Work’ guide: character, narrative, improvisations, games, writing excercises, building double-act and larger groups, musicality, song, physicality, dance. Depending on duration and experience of participants, these workshops can climax in an informal presentation performance.

How do you start to build a musical speciality act? How do you write a song that will make people piss their pants laughing? How can music unite a disparate group of performers into one vibrantly harmonic unit? We will explore how music can be a route to brilliant clown, and how clowns can create brilliant music.

We have designed workshops targeted at a number of groups with specific needs, including learning disabled performers, people recovering from addiction, partially sighted/blind and deaf performers. 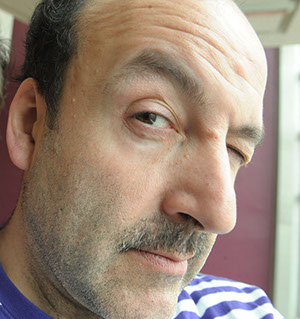 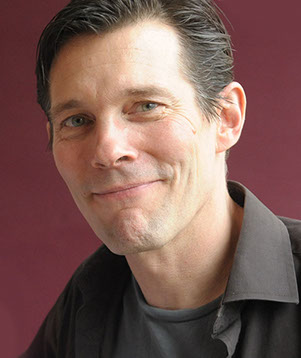 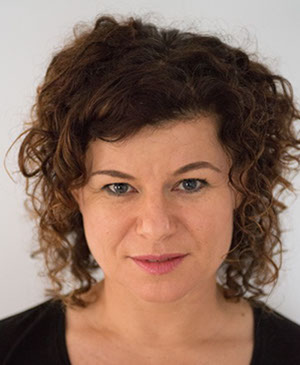 PETRA MASSEY joint artistic director, performer and co-founder of Spymonkey, creating and performing around the world the groundbreaking clown theatre shows STIFF, COOPED, ZUMANITY (with Cirque du Soleil Las Vegas), BLESS, MOBY DICK, OEDIPUSSY, LOVE IN and THE COMPLETE DEATHS. . Other acting credits include 'Never Try this at Home' (2014) with Told by An Idiot, and at Shakespeare's Globe 2015 in Dominic Dromgoole's 'Measure For Measure' and Chorus Leader in Adele Thomson's 'Oresteia'.

“Aitor has boundless energy. He loves what he teaches and he loves to teach. Aitor’s easy, even temperament is as genuine and reassuring as it is compelling and empowering. His enthusiasm for what he does is evident and contagious. He approaches his students as he approaches the material … with humor, with clarity and authority, with knowledge, and with profound respect. Just as he and the other members of the remarkable Spymonkey approach weighty, sometimes perverse or tragic material with humor and a touch of grace, so to, as Aitor approaches a student’s despair or resistance or personal tragedy he applies the same humor and grace. That his professional work aligns dignity with absurdity is testimony to his genius as an artist. That he, as an artist, is dedicated to eliciting that same sensibility from his students is testimony to his depth as a humanist, - and to his commitment to education.”

Part of the National Theatre Discover online resource, a workshop for young performers by Toby Park exploring ways to uncover comedy through the process of devising.

“Imagine being in a class with a group of people wearing luminous tutus, beaver tails and loo paper scarves where you are praised for being an idiot. In fact you revel in those words. Because on some level, It means you have succeeded (temporarily) in the complex art of clowning. As a writer, words are my ammunition. Without them and armed only with your face and physicality, it can feel strange - scary even -  but under Toby Park’s magical guidance I began to push through the boundaries. With the use of funny improv exercises, discussions and musical instruments ( not to mention Toby tuning several bottles of water to fit the notes for a song from Carmen ) - a group of us  performed songs and  one man acts to a hell of a lot of laughter. I left the Toynbee studios feeling I’d shed 15 years of my life. If you ever get a chance to embark on a Spymonkey clowning workshop- be brave and jump at it - no red noses or big flappy feet required.”

“It was fantastically liberating. The workshop is about being yourself and tapping into what is uniquely funny about you. At first it was pretty intimidating to stand in front of the group with out acting-up or spouting rehearsed funnies, but in time with encouragement, help and expert guidance from wonderful tutor Aitor Basauri it becomes a joy to lose yourself in the moment and improvise. Aitor has a wealth of experience as performer and teacher and was an incisive tutor. The advice he gave each of us students was unique to us, reinforcing the idea that the workshop was about your own private funniness. The group were perhaps the warmest and most generously supportive bunch I have ever had the privilage to work with and that undoubtedly added to the security I felt. Failing or ‘flopping’ became as much fun as getting a laugh, nearly.”

"Best workshop ive ever done. safe but playing with risk. light but deep, and FUN! so much fun!"

"I think that Aitor explained the games and exercises just enough for us to understand but he held back from over explaining if we were a little unsure. As a teacher I know that this is a really delicate balance to strike, explain too much and students play to the end they think you want. Explain too little and they can be totally lost. Everyone had at least one “Golden Moment” on the course. A moment that they will remember for a long time"

"To say I was nervous on the way to the first session is an understatement. I thought I’d be a fish out of water, a moron, not knowing my stage left from my stage right. As it turned out, it didn’t need to; in fact, needing to but not knowing would probably have been clown comedy gold. Everyone triumphed and flopped at one point or another, even the experienced people, so it didn’t matter that I was new to it... I guess the final question from anyone interested would be: ‘have the workshops been useful’? Yes, definitely: only recently the techniques I learned turned an awkward situation into one of the most enjoyable moments of my relatively short performance career."

"You did a fine job, you pushed but didnt bully, delivered bad news in a "shit sandwich" (complement/ criticism/ complement) and left no-one feeling belittled. I have been on other clown courses and this was one of the best."

Kalki Henenberg / 'Kalki Hula Girl', performer Australia I had never done a clown workshop before participating in Spymonkey's Clown Masterclass. I was terrified before even arriving on the first day - partly because i knew i would be working with mostly professional actors and street performers, and, while i am a performer, my work is essentially visual-sensation/short spots in variety shows. Plus, I hold Spymonkey's work in the highest regard and i didn't want Aitor to know how un-funny i really am. I was quite nervous the entire time, and shy, so i possibly didn't take nearly as many risks as would have benefitted me. But i listened very hard, and a lot did go in, despite being, as Aitor said, Very Estupid. I learned SO MUCH. Aitor has an incredible facility for explaining a point both verbally, and experientially with the use of games and exercises. It was hard work, and it was satisfying, despite day after day flopping left right and center. (And never once managing to master Mister Hit. Not once. Yeesh).

I do believe my own work has benefitted greatly from the workshop and as the information absorbed so intensively has time to resonate from my brain into my body, i think will continue to improve. I would do another one at the drop of a hat."

Peter Daniel Strauss, performer, New York This was workshop number two for me, and I can’t wait for number three! I’ve been moving into some new, exciting clowning territory in my work as a direct result of working with Spymonkey and I’m having so much fun!

Andrea Foa journalist, Italy What an amazing week! Huge, huge thank you to Aitor, Petra and each and everyone of you who took part in the workshop for being so supportive with a non-performer, you made me feel at home from the very beginning, which allowed me to take risks and have fun. Go Spymonkey!

Herma Vos dancer & chanteuse, Holland One week of fun, incredible laughs and such a good time!! Sharing all this with a groupe of adorable people....I JUST LOVED IT.....!!

Spymonkey have taught around the world, including: 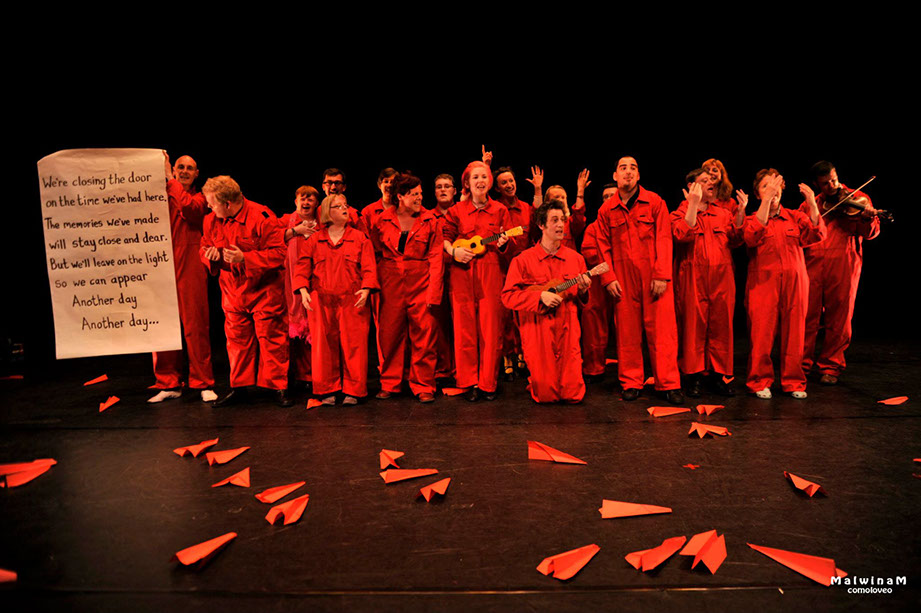