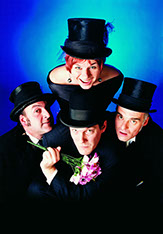 Forbes Murdston enlists the help of a trio of undertakers to create a moving tribute to his dear departed wife. 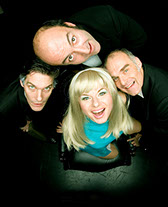 Forbes Murdston and a trio of undertakers create a fitting tribute to his dear departed wife. 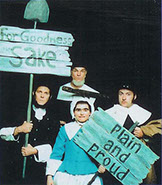 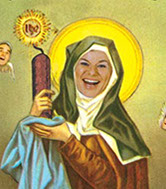 Father Forbes and his trio of reformed prisoners present a selection of the lives of saints. 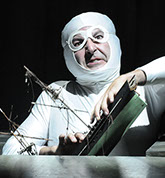 Spymonkey's ill-advised attempt to perform the greatest novel of all time. 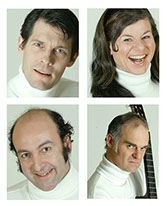 Love in, Love out, Love is all about: A self-help cabaret. 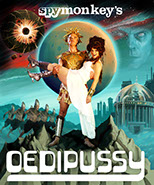 Greek tragedy as you've never seen it before. 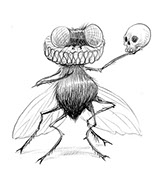 All of Shakespeare's onstage deaths in 90 minutes.

As part of Spymonkey's residency at the Unity Festival, the annual international mixed-ablity festival at Wales Millennium Centre Cardiff, they were commissioned to conceive and direct the opening and closing ceremonies, in collaboration with Hijinx Theatre Company.

Commission for SHOWZAM! Festival, a site specific piece for the Winter Gardens Blackpool.

A collaboration for Royal & Derngate Northampton. directed by Told By An Idiot's Paul Hunter.

Christmas capers with Holmes and Watson for Wiltons Music Hall.