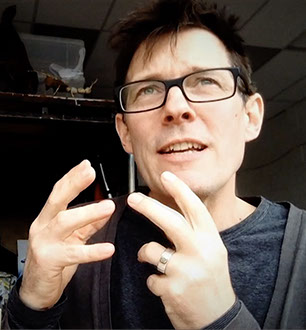 Early work included solo street performance and membership of the German circus/rock-n-roll/comedy group The Jumpin' Juggins (1988-90). With fellow Gaulier students he formed Comecon, a polyglot physical theatre company based in Cologne, producing UBU ROI (1991) and UROBORUS (1992). From 1994-97 he was musical director and actor with Karl’s Kuhne Gassenchau, the lZurich-based site-specific performance company, creating with them the quarry-based spectacles S.T.E.I.N.B.R.U.C.H (1994, 1997), R.U.P.T.U.R.E (1995) and GRAND PARADIS (1997).

HALF A PIECE OF COAL

DEATH COME GRIN ON ME

composed and arranged by Toby Park

song by Yazoo / arranged for boomwhacker by Toby Park

FUNERAL OF THE FLY FROM TITUS ANDRONICUS

A Closer Walk With Thee arranged by Toby Park

directed and adapted by Emma Rice, written by Carl Grose and Spymonkey

words and music by Neil Filby and Toby Park

I AM BLIND (BUT YOU ARE THE ONE WHO CANNOT SEE)

words and music by Toby Park

words and music by Neil Filby and Toby Park

Toby devised and co-directed with Aitor Basauri, and wrote the libretto and co-composed with Jukka Nykanen the original music. The show was later recorded for YLE (National Finnish Broadcaster) and was the Finnish entry for the Prix Italia Television Award 2018.

Toby Park talking introduces the show for YLE in 2017:

This mashup of Stravinsky and the cup-song meme has had 650k views on Facebook and 180k on YouTube:

This symphonic version of the Backstrom Brothers' show was created at Theater Hagen in 2016. Orchestral arrangements by Jonne Valtonen.

WE ARE THE QUARKS

WE DESTROY EACH OTHER

lyrics and music by Toby Park

Words and music by Toby Park

Hijinx are one of Britain's leading neurodivergent theatre companies

The Flop was a co-production between Hijinx and Spymonkey, directed by Ben Pettit-Wade & Toby Park