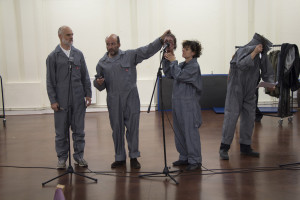 We start the first phase of rehearsals for our new touring The Complete Deaths on Monday! Very excited to be in the same room again, beating the living crap out of each other! Blood baths, maggots, poison dripped in ears, princes jumping off towers, asps. We will be working as company-in-residence at University of the Arts, Central St Martins, giving... View Article 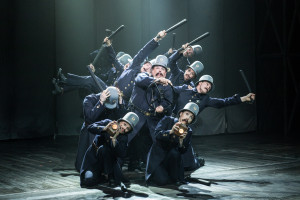 “It’s the Mack-style comedy, though, that steals the show. Re-creations of silent-film scenes, as arranged by clowning company Spymonkey, culminating in the Keystone Cop number Hit ’Em on the Head, are the true beating heart of Mack’s story.” The Observer (read more)   CFT’s Mack & Mabel, and in particular Spymonkey’s physical comedy direction, has been getting some great responses from... View Article

Petra at the Globe 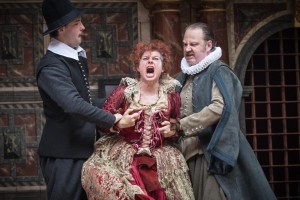 Petra is currently on loan to Shakespeare’s Globe in London playing Mistress Overdone in Dominic Dromgoole’s production of ‘Measure for Measure’, his last before he gives up his artistic directorship of the Globe. She is also appearing as Leader of the Furies, Cilissa and Chorus in Adele Thomson’s production of Oresteia which is in preview before its premiere later this... View Article