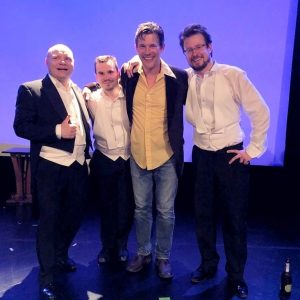 YLE, the Finnish national broadcaster, has just announced they have nominated their broadcast of the Fabulous Bäckström Brothers show as the Finnish entry for the Prix Italia TV awards later this year. The show was co-written and directed by Toby Park and Aitor Basauri of Spymonkey. The show received joyous reception, standing ovations and rave reviews on its visit to... View Article

We are currently looking for someone to fill the post of producer to cover maternity leave from September 2018! Full details and application information can be downloaded here, Applicants will also need to complete a diversity monitoring form downloadable here.