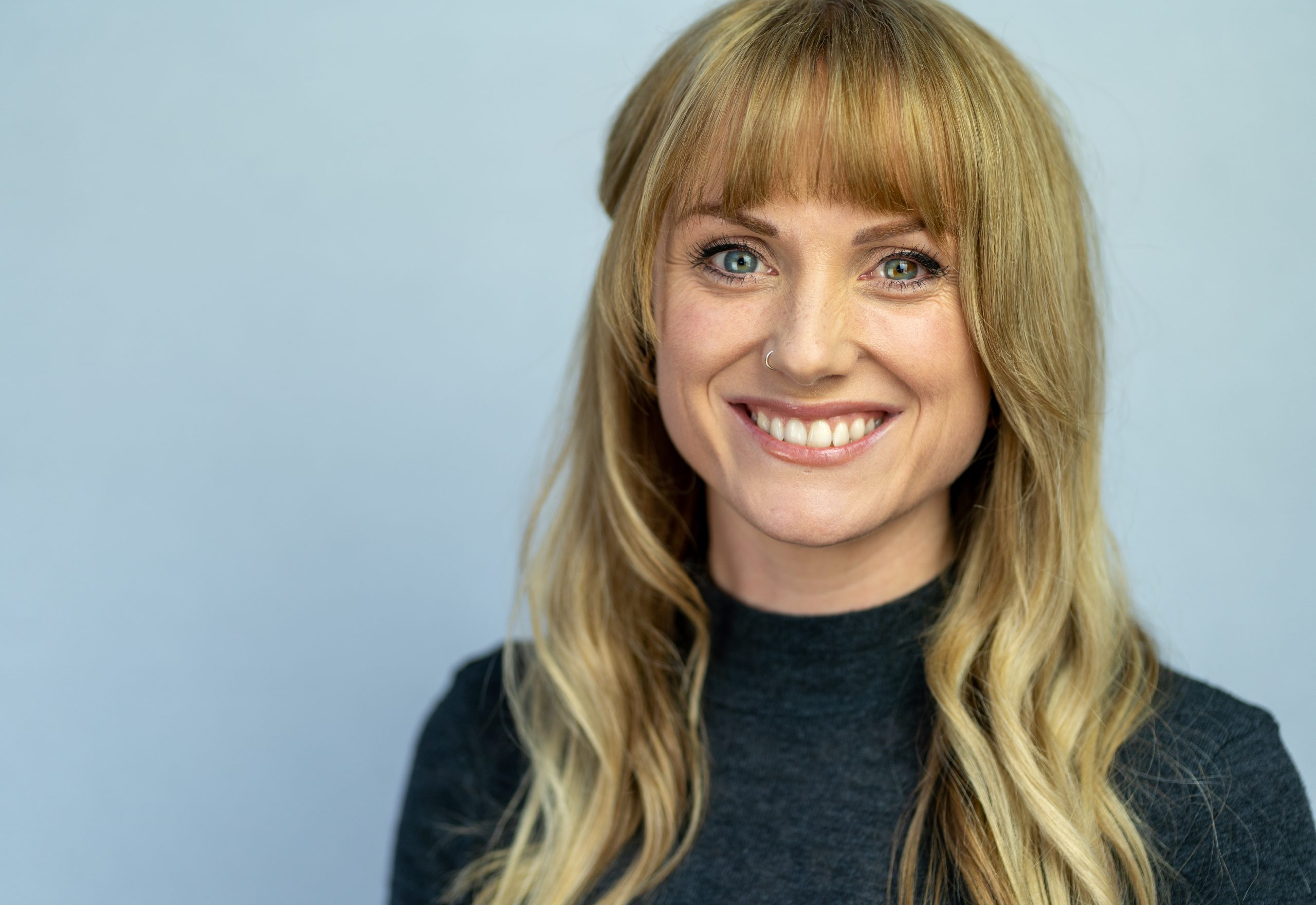 Thoughts from a clown student in isolation

I started my ‘clowning journey’ (how very yoga) 12 years ago, I was a naïve acting student who thought I would be really funny straight away. Guess what? I wasn’t. It takes patience and understanding that learning anything new takes time. It doesn’t sound very fun yet it is, I’ve never laughed harder than I do in a clowning workshop. Most of the time I’m bad when I do clown, but the exciting thing is, clown says ‘it’s okay to be bad!’ just accept that you’re not funny and do something different. They call it ‘the flop’, the problem is all of us try to be perfect, therefore we struggle to accept failure. Everyone’s afraid of it but when you learn to embrace the flop with eternal optimism and hope, interesting things happen! Studying clown is probably the most helpful life skill I’ve ever learnt, it isn’t easy, sometimes it’s frustrating but it’s definitely addictive. When you grow up, you start to lose your sense of play and imagination. Clowning helps you tap in to your inner child and be unashamedly…you.

In 2009 I was on a work experience placement at The Nuffield Theatre in Southampton. I saw my first ever clown show, Spymonkey’s ‘Moby Dick’. I was blown away (excuse the pun!) by their joy. They were having fun on stage but in a new way I hadn’t seen before. It was live fun, not pre-planned fake fun, which I now understand can never be quite the same. You can rehearse as much as you want, and don’t get me wrong, it’s great to have a plan before you walk onto stage. But what I enjoy most as an audience member is when I see performers adapt and react in the moment. This is the essence of clown for me, what keeps me coming back for more. When I watch shows that project onto the audience ‘this is how you should feel’, I instantly shut down. As our world’s consciousness expands and we become enlightened to how to live a fuller and more rewarding life, I feel this is reflected in art. Maybe now more than ever, we crave authenticity in a world where an edit or a filter can morph the truth. I reckon that’s why mindfulness training combined with actor training is becoming very popular. For me, studying clown is the quickest way to overcome my confidence demons and feel inner peace. There is nothing more mindful than playing a game to the ‘best of your abilities’ (as Aitor Basuri of Spymonkey wisely says). When we invest in playing a game to the best of our abilities, there is no time to be in your head and worry about what anyone is thinking. If you are playing that game fully, you are focused, connected, having fun and most definitely making an absolute idiot of yourself. You are not trying to be funny; you just are. From this, springs the beginning of clown and many extraordinary things.

I was very lucky to receive the ‘Brassmonkey Bursary’ in March of this year. It gave me the chance to study clown with world-renowned clowning company Spymonkey, who were running a 3 week ‘Clown Creation’ course in London. When I read the email to say I had been chosen for the bursary, I jumped around the kitchen for about 30 minutes and kept crying/laughing at the same time. It was like winning the lottery. Especially as recently I’ve felt like I can’t catch a break, most of my inbox had been made up of acting job rejections. To be honest, I’m nervous talking about why I got awarded the bursary, probably because I feel unworthy of it. Surely there are more deserving people. I could have a ‘pity party’ and try to justify why I got it. I’ll try not to do that too much but give a little background about me and hopefully avoid over indulging (if you’re not interested, fair enough, skip ahead to the next paragraph to find out about the course!). My names Josie and I’m an actor/theatre maker from Manchester. I didn’t get the whole drama school experience, sometimes this has blocked my way, along with the occasional bout of imposter syndrome. I did go to Northumbria University in Newcastle though and along with a kidney infection I gained a degree in Performance. Somehow, I found myself after that on a yearlong, paid theatre ensemble training apprenticeship. I was then flung into the real world and straight onto jobseekers. After a year or so of doing T.I.E (Theatre in Education), I started to do well as a jobbing actor (that sounds mean to T.I.E but come on, no actor dreams of treading the boards at a high school in Grimsby). Because of my vertically challenged stature (4ft 11), I was always cast in family shows and children’s television as cute animals and children. I will always come back to performing for kids because it’s awesome but after 7 years I wanted to explore more. I had lost the joy I guess and for me clowning brought it back. In 2017, I did a 5-day Spymonkey Clown Masterclass with Aitor and felt completely uplifted afterwards. Aitor rightfully said it wasn’t very funny when I tried to be cute (which was my go-to) and told me I could play Lady Macbeth, if only I believed I could play her. It made me start to think, as a 30-year-old woman, what do I want to do and say artistically? I can’t play cute animals and children forever! I decided if I couldn’t get the work I wanted, I would create my own. It’s been tough and sometimes it’s felt like going back to square one. It’s always challenging to change direction, especially when working for free or very little pay. I knew the Clown Creation Course would help build my confidence to continue, it came just at the right time.
The first thing we were asked to do on day one of Spymonkey Clown Creation (after I signed in, entered the regal wooden panelled rehearsal room, awkwardly small talked with other students and tried to hide my fear) was be called into the obligatory drama circle by Aitor. The circle is where every drama class starts, we see each other, the teacher, the students, we all feel nervous like everyone is looking at us (when in reality everybody feels the same as you). The introductory exercise was to say our name, our age, where we were from, our job and our ‘love status’. I mean, no-one ever asks your relationship status straight away, especially not in England. Maybe because we like to skirt around the edges of getting to know each other by asking polite, surface level questions. But there is no polite in clown. Some of our group immediately shared the truth of their love status (which made it funny) and some of us tried to be funny with it (which made it not funny) and some of us looked to the ground when we were embarrassed (which everyone automatically does to hide their idiot). Quite often the attributes that makes us funny, are the things we try to hide the most. Aitor said he heard renowned clown director Cal McCrystal say once, ‘your clown is for the most part, what your best friend laughs at you for behind your back’. Although Aitor said when he mentioned it again to Cal sometime later, Cal said he never said that. So, who knows where it’s from but it makes sense to me! What makes others funny, doesn’t make you funny, it’s very personal, which is why this exercise was the perfect place to start. In the circle were a mixture of clowns, actors and comedians, open and ready to learn from a very special theatre company (in every sense of the word!).

The beauty of being taught by Spymonkey is they don’t claim to be masters (even though they are!). They have humility, understanding and patience. These traits create an exciting atmosphere and it meant everyone had fun. Not to say we didn’t take it seriously, being funny is a very serious business you know. It’s like learning to drive a car, there’s lots to think about. Instead of checking your mirrors you check the audience (are they with you? Or are they bored? Are they laughing? Then do it again!). Instead of making sure your passengers have their seat belts fastened, the passengers are your fellow clowns (are they having fun too? Can you play together and share with the audience?). Like with driving, the more you practice the less you have to think about it. The first week we focused on clown with Aitor, the second week mornings were with Stephan Kreiss on slapstick/neutral mask and afternoons with Toby Park for more clown, but with music combined. Each of them brough their own sensitivity, cheekiness, pleasure and expertise. All of the students had their own confidence battles that were fought out in class, but the support and understanding from everyone, helped us to keep jumping out of our comfort zone.

Some people say clown training is like counselling. The audience or the class you stand before, are the mirror to all your insecurities and you just HAVE to face them whatever they may be. This attracts a certain type of person to clowning, which is also another reason it’s addictive. Beautiful idiots (as us clown students often call each other) have the biggest hearts. They are brave, authentic and playful. From that comes great cameraderie and for this particular course, our bond was one of the strongest I’ve felt. It was intensified during our second week with news of coronavirus impacting the UK and potentially becoming a global pandemic. There was a new anxiety in the room, we weren’t just frightened of the flop anymore. We made jokes about COVID-19, but if anyone coughed you could sense a communal bottom clench. The class were from all around the world and it soon became clear that we might not get to do the whole three weeks. On Thursday of the second week, wonderful Eline from Norway had to fly back home before the country’s airports closed and it all became very real. We had been working toward a showcase (one of the reasons I’d been so eager to do this course). To challenge the group, we wouldn’t just be doing clowning exercises, we would make our own clown ‘numbers’ to test out material in front of an audience. Spymonkey confirmed Friday would be our last day and the third week with a showcase couldn’t happen. Many of us cried a little, including our Spymonkey teachers (which confirmed our class had created something special). Of course, there were bigger, more important things to worry about, but we were allowed to be sad for a moment and mourn what could have been. There was a buzz in the room as we worked towards the showcase, with lots of ideas and great complicite between us (you should have seen how many keepy uppies we could do with a ball!). The course had created this clowning bubble, where we all felt protected from the outside world. We are left with half-written songs and ideas that could have been great or awful. Who knows, who cares, ‘Que Sera, Sera!’. But I learnt a lot in the two weeks, we all did. And now, I sit here in my flat, a self-isolating clown student; plotting and planning some days, most days hanging out in my pyjamas eating crisps, hopefully ageing like a fine wine, ready to go out and play when we’re allowed to once more.