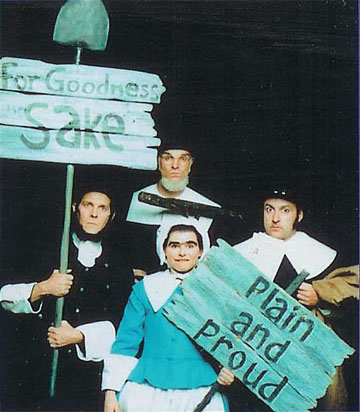 ‘The Puritans surrender to prurience and fornicate with anything in reach. Arousal! Appalling! And most deftly done’

In 2003 Spymonkey and director Cal McCrystal were invited by Cirque du Soleil to create and perform the comedy numbers for ‘Zumanity - Another Side of Cirque du Soleil’, Cirque's first production of an adult burlesque show in its purpose-built theatre at New York New York Hotel Casino, Las Vegas.

Spymonkey’s surreal and irreverent style made them the uproarious highlight of the show. Between its opening in August 2003 and Spymonkey's much mourned departure in August 2005 their numbers in ‘Zumanity’ were enjoyed by over half a million people. It remains one of Cirque's most successful shows.

with the best bits of Duran Duran

with Pamela Anderson and Tommy Lee

with Queen Latifa and friends

‘The Puritans surrender to prurience and fornicate with anything in reach: one another, the audience, a lifesize doll that actually does come to life and tries to seduce a fellow in the front row. Arousal! Appalling! And most deftly done.’ Time Magazine 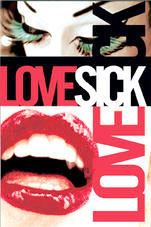 Made in 2003-4, the film features Spymonkey, Joey Arias, Alex Castro, Laetitia Dewhurst and the Zumanity cast. You can watch the full documentary on iTunes